The Port of New Bedford/Fairhaven
New Bedford Harbor is ringed by New Bedford to the west and Fairhaven and Acushnet to the east and north. The harbor is at the mouth of the Acushnet River, the estuary where the river and ocean waters meet, mixing the fresh water of the river flow with the salt water of the ocean tides. The harbor’s hurricane barrier, built by the Army Corps of Engineers in the 1960s, has a 150 foot gate that lets boats pass through. The gate can be closed to protect the fishing fleet, docks, and town from storm surges that wreaked havoc in the past.

The Port of New Bedford/Fairhaven
New Bedford Harbor is ringed by New Bedford to the west and Fairhaven and Acushnet to the east and north. The harbor is at the mouth of the Acushnet River, the estuary where the river and ocean waters meet, mixing the fresh water of the river flow with the salt water of the ocean tides. The harbor’s hurricane barrier, built by the Army Corps of Engineers in the 1960s, has a 150 foot gate that lets boats pass through. The gate can be closed to protect the fishing fleet, docks, and town from storm surges that wreaked havoc in the past.

During the mid-1900s, several changes helped expand New Bedford’s commercial fishing fleet. Fishing boats switched from sails to motors. Improved diesel engines allowed for a safer journey to the abundant Georges Bank fishing grounds, about 175 miles northeast of Cape Cod. Around 1940, with the advent of trucking and refrigeration, New Bedford’s fishing vessels no longer had to go to New York to sell their catch, but could return to port to sell it, as trucks now transported the catch and refrigeration and freezer plants increased the ability to process fish at the port.

These changes allowed a competitive local market to prosper and led to the development of the fish auction in 1941. Prior to that time, boat captains went to the different fish houses looking for the best price. The start of the first fish auction centralized the process of selling the catch, using set rules and time limits. In 1985, the auction ended in the course of a bitter strike between fishermen and boat owners. Private sales took over, despite different efforts to revive the auction by the city, boat owners, and lumpers. Then in 1994, brothers Raymond and Richard Canastra of Fairhaven established the Whaling City Seafood Display Auction. In a display auction, vessels offload the catch into coolers, allowing buyers to see the catch. The auction went electronic in 1997, replacing chalkboards with faxes and computer.

This is only one of many changes in technology. With electronic fish finders, boats can now see the bottom, making it easier to find the fish. Computers and radios, rather than barometers, are now the instruments of choice for tracking the weather. And new electronics have allowed fishermen to have better communication with their family while away at sea.

Increased government regulations have been a big part of the fishing industry story since the mid 1990s. The original Magnuson Act of 1976 was enacted to extend the prohibition on foreign fishing vessels from three nautical miles off U.S. shores to 200 miles. Foreign “factory ships” had practically crippled the ability of smaller U.S. fishing vessels to compete. What started as an attempt to develop U.S. fishing soon became heavily focused on managing fishing grounds. Today the government limits the areas where fishing is allowed, the number of vessels that can be licensed, the number of crew, the number of days at sea, and the types of gear that can be used. Boats have gone out of business as a result, and this in turn has hurt businesses such as the gear manufacturers that supply the boats. Fishing vessels face large fines if they don’t comply with these regulations, and keeping up with changes in the laws can be a challenge. Everyone, including the fishing industry, recognizes the need to sustain the environment and fish habitats. Hand in hand with this is the need to allow fishermen to make a living and provide food for people.

In the face of many changes, some aspects of fishing have remained much the same. Fishermen and their families still lament that they must often miss special family times to be at sea. Vessels may be less likely to be caught off-guard by storms than before, but being out in a bad storm is still an experience to avoid, and one that’s hard to forget if it happens. Today’s vessels no longer rely on wind to move the boat, but captains must still keep an eye on the wind for safety. Families on land still lose loved ones to the sea, and they know this is a possibility with every trip. Fishermen arrive home exhausted, having given up a more regular work and sleep schedule that most people on land enjoy. And fishermen all know that no matter how good the catch is on any one trip, there is never a guarantee—a tide of good fortune can turn at any time. Despite the ongoing hardships, for many who work in the industry, there is an unbreakable connection to the sea and the way of life that keeps them in the commercial fishing industry.

The Port Today
Once the whaling capitol of the world, today the Port of New Bedford/Fairhaven is the largest fishing port in the northeast, and has been the nation’s most valuable fishing port for the past sixteen years. As such New Bedford is one of the few places in New England where this industry, which was once so dominant in the region, is still a robust source of income and employment, and not simply a fact of history. More than 4,400 men and women work in the industry, in specialty trades that range from fishermen and boat owners to fish cutters and gear manufacturers.

The industry has long been dominated by independent, family-owned and operated fishing boats and shoreside support businesses, with workers passing their skills and knowledge from one generation to the next, creating a culture rich in history, tradition, art, music and story. It is a significant part of the region’s economy and cultural identity, yet because so much of the work takes place out of sight, this culture is largely unknown and often misunderstood by outsiders.

Through these evolving digital exhibits we hope to provide a window into the history, culture, and daily life of the fishing community at sea, on shore and to explore ongoing industry efforts to sustain the ocean resource. 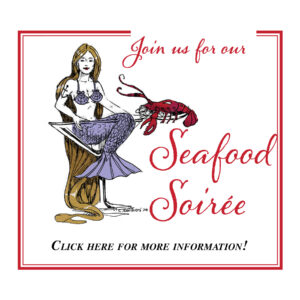 Link to auction page with Items for bidding coming soon!