Blackback flounder (seafood auction abbreviation is “BB”)—One of the most common flounder species caught along America’s North Atlantic coast; a right-eyed fish; most are under 14” but can reach 25”; also known as “winter flounder” and “lemon sole”; see also yellowtail flounder

Block and Tackle – a mechanism consisting of ropes and one or more pulley-blocks, used for lifting or pulling heavy objects

Bollard – a short, thick post on the deck of a vessel or on a dock, to which a vessel’s rope may be secured

Buoy – an anchored float serving as a navigation mark, to show reefs or other hazards, or for mooring

Captain – person in charge of the fishing vessel at sea (not always the owner); also called skipper

Catch – the fish that the fishing vessel brings back to sell

Dragger – fishing vessel that drags trawls (nets) for scooping up bottom-dwelling flatfish such as flounder, cod, and haddock

Eastern rig – fishing vessel with trawls that stick out on either side on booms; increasingly rare; see also Western rig

EPIRB – Emergency Position Indicating Radion Beacon, is a distress beacon used by mariners worldwide to alert Search and Rescue (SAR) forces that they are in distress

Fleet – group of ships at the same port

Flounder – type of flatfish with eyes on one side of the head; see blackback flounder and yellowtail flounder

GPS – (Global Positioning System), a radio navigation system that allows land, sea, and airborne users to determine their exact location, velocity, and time 24 hours a day, in all weather conditions, anywhere in the world

Grub – slang for food on a fishing vessel

Haddock – fish similar to cod, but smaller and with a more delicate flavor; often sold with the skin, to tell it apart from cod by its black mark called the devil’s thumbprint

Lumpers – workers who unload the catch from a fishing vessel

Marlinspike – a pointed, cylindrical tool used to separate strands of rope for splicing as well as for prying and hauling smaller line tight

Midwater Trawl – net fishing, at a depth that is higher in the water column than the bottom of the ocean

Monkfish – fish whose muscular tails and livers are eaten, used to have little commercial value

Offload – take the catch off the fishing vessel, done by lumpers

Packet ship – ship carrying people and cargo between places, as with Schooner Ernestina during the 1950s and 1960s between Cape Verde and U.S.

Pelagic – of, relating to, or living or occurring in the open sea

Pick the pile – putting sea scallops into baskets, then into shucking boxes on boat’s sides

Pilothouse – another name for wheelhouse, an enclosed structure on the deck of a vessel from which it can be navigated

Port – a harbor town or city where ships take on or unload cargo; b: the left side of a boat, looking forward; see also bow, starboard, stern

Right-eyed – flatfish with both eyes on the right side; see also flounder, left-eyed

Sea scallop – shellfish with a smooth shell, usually about 4 to 6 inches across; rings on the shell mark each year of age; most are caught in about 150 to 250 feet of water

Seafaring – use of the sea to travel or to transport items

Shellfish – a fish with a shell, especially a type of fish that can be eaten

Shucking – removing the edible part of a sea scallop

Species – a classification of animals with common characteristics

Splicing – joining one piece of rope to another permanently (unlike knots)

Stern – back of the boat; see also bow, port, starboard

Subsistence – growing or making most of what you need to live

Surge – a large wave or series of waves, causing a rise in water level

Survival Suit – An immersion suit, or survival suit (or more specifically an immersion survival suit) is a special type of waterproof dry suit that protects the wearer from hypothermia from immersion in cold water, after abandoning a sinking or capsized vessel, especially in the open ocean

Sustainable Fisheries Act (SFA) – 1996 law that replaced the Magnuson Act; designed to build up stocks of fish through limits on fishing; actual mane is the Magnuson-Stevens Fishery Conservation and Management Act

Turnbuckle – a coupling with female screw threads used to connect two rods, lengths of boat rigging, etc., lengthwise and to regulate their length or tension

Wharf – structure built along shore, or at an angle from it, for ships to pull up and take on or unload passengers and cargo; see also wharfinger

Wharfinger – operator or manager of a commercial wharf

Wheelhouse – another name for pilothouse, an enclosed structure on the deck of a vessel from which it can be navigated

Winch – a hauling or lifting device consisting of a rope, cable, or chain winding around a horizontal rotating drum, turned by a crank or by motor or other power source; a windlass 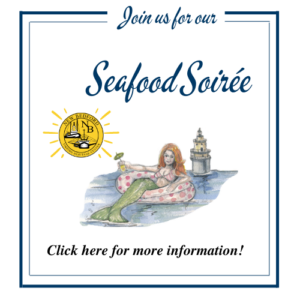